Carbon price movements under the EU ETS have been intimately linked to Brexit developments of late. In theory these movements should diminish now the Conservative government finally has enough political capital to pull the UK out of the EU. But how and when will the UK leave the EU ETS? Is a no-deal scenario really off the table? And how does the impact of Brexit on the EU ETS compare to other material risks like tighter decarbonisation targets or coal phase-out?

How and when might the UK leave the EU ETS?

With Boris Johnson’s majority government in place the UK is now likely to exit the EU by 31 January 2020 via a transitional departure period that runs until the end of 2020. UK installations would remain in the EU ETS until that date, which is also the end of Phase 3 of the EU ETS (2013-2020). The UK is aiming to instigate its own UK-only ETS to start in January 2021, which will then be linked to the EU ETS as soon as possible. In terms of fundamental supply and demand, a linked UK-EU ETS is the same as if the UK were to stay in the EU ETS (our base case assumption), but there may be some hiccups along the way as discussed below.

Current arrangements have barred the British government from allocating or auctioning any 2019 EUAs until a withdrawal agreement has been ratified by both parties. Now the UK is expected to be allowed to commence free allocation and auctions for 2019 early in the new year, potentially trying to compress a year’s worth of allowances (~125m EUAs) into just three or four months, ahead of the compliance deadline for 2019 of 30 April 2020. This influx of allowances into the market, on top of the issuance of UK allowances for 2020, is likely to have a bearish impact on the market in the short-term. Meanwhile UK installations without European counterparts may offload any stockpiled EUAs that are surplus to requirements beyond the end of 2020, which would compound this bearish movement (~€4-5/tCO2 for the next 5 or so years).

Is a no-deal scenario really off the table?

The Withdrawal Agreement is expected to pass smoothly through UK parliament and be ratified by the European Parliament by 31 January 2020. Then attention will turn to the transition phase, which locks UK trading arrangements with the EU on its existing terms until the end of December 2020. During this period the Johnson government will negotiate the future post-Brexit relationship with the EU – everything from trade to defence to science. If a trade deal fails to be agreed, the UK is set to leave the EU without a deal and would trade with the EU on World Trade Organization terms. With relationships frayed, the UK is unlikely to be in a position to link its new UK-only ETS with the EU ETS. Below we discuss the impact of this ‘no-deal no-linked’ scenario.

Could a no-deal no-linked UK exit from the EU ETS be bullish and lead to higher carbon prices?

We have probed the impact of a UK exit using AFRY’s carbon model, Aether, which uses a linear optimisation to minimise the cost of delivering the required abatement to meet decarbonisation targets. Combined with our detailed power market modelling, Aether models the cost of meeting the EU ETS cap in the power sector, in the industrial sectors, and incorporates both the behaviour of the MSR and the behaviour of market participants.

Below we show the modelled impact of a permanent UK exit from the EU ETS as of 1 January 2021, relative to a base case whereby the UK links with the EU ETS. Contrary to recent market reactions linked to Brexit news, our fundamentals analysis shows that a non-linked UK exit from the EU is likely to be bullish, raising prices €2-4/tCO2 throughout the 2020s.

In the event of a ‘no-deal no-linked’ Brexit, the impact on the carbon price is governed by three interacting drivers

Note the first two factors are relevant in any no-linked scenario, whereas the GDP impact is specific to a no-deal scenario.

These three fundamental drivers are discussed below:

1. The UK leaving the EU ETS removes a net exporter and creates a tighter market

The overall price impact of a UK exit from the EU ETS is governed by the interaction between the fundamental drivers:

Most of the commentary around Brexit relates to the two bearish drivers which create a looser market, without acknowledging the impact of the UK’s supply-demand balance, which could account for the perception that a no-deal no-linked Brexit will be bearish.

Is the impact of the UK leaving the EU ETS particularly significant compared to other risks?

With carbon market commentary having been so transfixed on Brexit it is easy to forget other factors that could cause carbon prices to crash. Such risks include:

Is the market currently assuming decarbonisation targets will be tightened?

Momentum is undoubtedly building to tighten future EU ETS cap levels – on 11 December EU leaders announced an agreement to target net-zero emissions by 2050 had been agreed but acknowledged that Poland was unable to commit to the goal at this point.

The market may already be assuming targets are tightened imminently as there is currently a large disjoint between traded EUA prices and what we project assuming fundamental economics (i.e. modelling the underlying supply of EUAs and cost of abatement). Our own analysis based on fundamentals suggest prices should be 5-10/tCO2 lower than current market prices assuming currently legislated decarbonisation targets.

Could stockpiling of allowances be inflating market prices?

The current market is characterised by its historical oversupply of 1.7 billion EUAs, equating to approximately a year’s worth of emissions. For the market to clear at current prices one would have to believe that ~75% of the current oversupply (1.3bn of 1.7bn EUAs) are being held independent of price, perhaps through a combination of:

If this explanation was correct and a third of current stockpiles were released, carbon prices would crash by approximately €9/tCO2.

Recent announcements in France, Ireland, the Netherlands, Italy, Spain and Germany indicate a move towards earlier than originally anticipated closure of coal power plants. This will most likely depress EUA prices in the absence of a tightening of EU ETS targets or the voluntary cancellation of allowances.

Germany, which currently accounts for around one third of the EU’s coal capacity, is aiming to phase out coal by 2038. On 9 December Germany re-affirmed it would proceed with EUA cancellations to offset the market impact of its coal phaseout. But until a robust methodology for cancellation is passed into law (forgoing billions of Euros in auction revenue in the process) the risk is this will not occur. Meanwhile, in Poland, there are no firm Government-led plans for decommissioning coal/lignite capacity, but new capacity is excluded from the Polish capacity market from July 2025 onwards.

Assuming significant coal capacity closure takes place without any voluntary cancellation of allowances in Germany and Poland, we could expect carbon prices over the period from 2020 to 2040 to be up to €15/tCO2 lower than if allowances were cancelled (or the plants were not decommissioned). Inclusion of further coal phase-out without EUA cancellation in other markets would see this figure rise.

We believe there are several reasons for why the carbon prices under the EU ETS may crash, but the UK leaving the EU ETS is not one of them – on the contrary, it could be in fact be bullish. The magnitude of the changes from tightening caps, dumping of stockpiled allowances by industrials or from accelerated coal phase-out by governments dwarfs the Brexit risks. As a result, market participants should be looking to the government policy towards coal plant and announcements from the new EU president to understand what the future may hold.

If you are interested in discussing some of the issues raised here or have other questions related to the EU ETS please get in touch with Mostyn Brown or Bradley Steel. 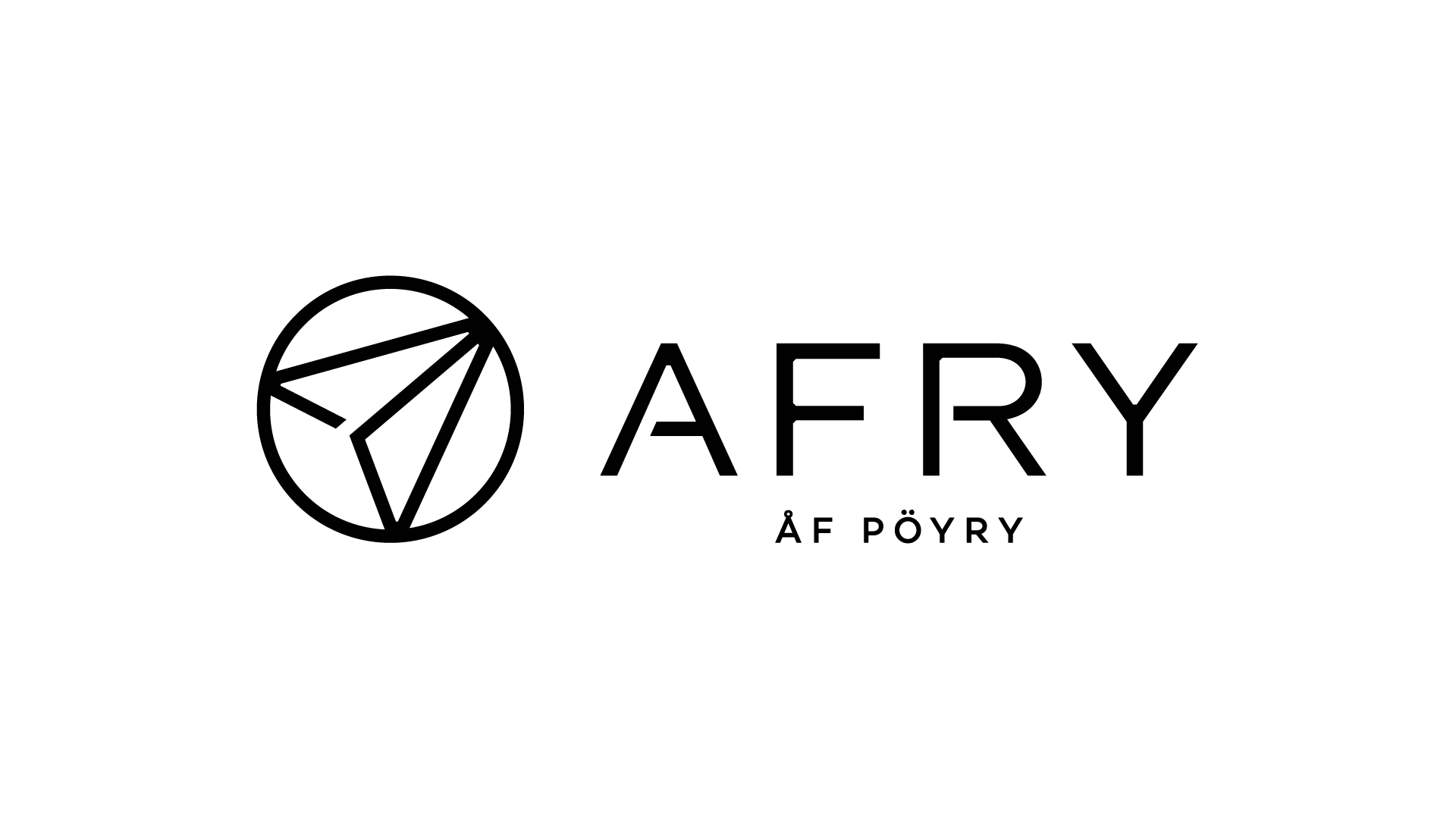